You are here: Home / Personal Computers / How To Spot Fake Microsoft Software

If you are looking for a copy of Microsoft Office 2010, be aware that the marketplace is flooded with counterfeit copies of this product. Office 2010 is still a very popular product and even though Microsoft no longer manufactures it, you can find legitimate copies. Unfortunately, it’s easier to find the fakes. 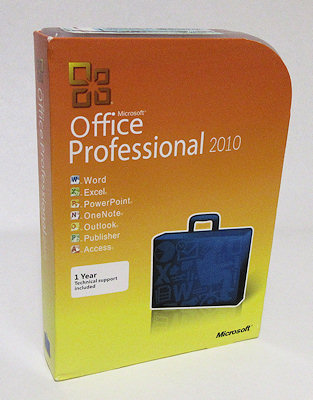 I recently purchased a new 3-user version of Office Professional 2010 in the original package on eBay for $79.00. The first clue should have been the price, because legitimate 3-user copies of Microsoft Office normally sell for two or three times that amount. The seller, however, had a 100% positive feedback rating and 30 other eBay buyers had purchased the product, so it appeared to be safe.

The second clue was that eBay shut down the auction before the package arrived. That raised a very large red flag. eBay posted an inane message on the Purchase History page that said nothing about why the auction was shut down, but if I had not yet paid for the product, I was not obligated to do so. The message also said that if I had already paid for the product, I had nothing to worry about. Keep in mind that this auction was only shut down due to multiple complaints from buyers who received their counterfeit software before I did. eBay has no way of identifying counterfeit products until a buyer complains.

When the package arrived, it looked like a genuine Microsoft product. The software was in the distinctive Microsoft Office retail packaging with the curved top corner. However, within a few seconds I noticed an extraordinary number of typos in the text on the side of the package. Windows is not spelled WindOWS or WfndOWS, graphics is not spelled graPhics, network is not spelled netwo rk, end of sentence periods are not preceded by a space, periods are not inserted in mid-sentence, and commas are normally followed by a space. That pretty much ruled out the counterfeiters as English speakers or rocket scientists. It also eliminated Microsoft as the manufacturer.

When I opened the package, at first glance everything inside looked legitimate, as well. Microsoft has a web page that explains how To tell if Microsoft branded software is fake. I used that for a reference when I examined the disk. It explained that current Microsoft DVDs have an embedded holographic image. The disk did have a copper holographic image, but it turned out to be a sticker poorly applied to the DVD. It was loose, which would have damaged my DVD drive if I had inserted it into the drive. As the Microsoft page states: “If the hologram peels away, you may have received counterfeit software.” At that point there was no doubt about being scammed. 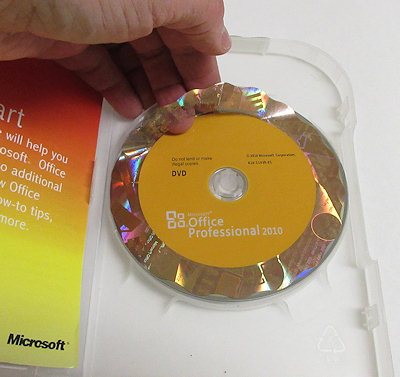 How To File a Claim With eBay When You Get Scammed

eBay encourages buyers to contact the seller if a product is not what they expected. In this case, it would have been a waste of time to contact the seller directly. Criminals do not respond to refund claims and if you do get a response, it’s typically BS used as a delaying tactic. If you are sure you were ripped off, go right to the eBay Resolution Center and file a claim. After filing the claim, eBay notifies the seller and gives them three days to resolve the issue. After three days, a buyer must follow-up and contact eBay through the claim system and let them know if the seller has resolved the issue. You will not be able to get through to an eBay rep until the Resolution Center claim times out, so the sooner the claim is filed, the sooner you will get your money back.

eBay does have a Money Back Guarantee that covers situations where a buyer is scammed, but you must follow through with their process. The process advises you to return the product, but in order to do so, you must get a response from the seller. In my situation, the return address on the package was fictitious and the seller never responded to the Resolution Center Claim. After waiting the three days, I contacted eBay. To eBay’s credit, they responded quickly and refunded the money in a few hours after I completed the Resolution Claim process.

In this case I suspect the seller’s account was hacked. eBay did advise all members to change their passwords a year or so ago after a potential security breach. All a hacker with a list of stolen member IDs and passwords has to do is look for an account with an unchanged password that appears to be dormant with a 100% feedback rating and he or she is in business.

I’ve seen claims that counterfeit Office 2010 software has been sold on Amazon and elsewhere, so if you are looking for this product, be aware of the dangers and scrutinize an offering as best you can.

Rather than buying the complete software package, another option is to look for eBay sellers offering recycled Microsoft Product Key Cards (PKCs). These are typically purchased in bulk from large companies who upgraded their Microsoft Office products to newer versions. With a PKC, no disks are included. The software is downloaded from the Microsoft site. The product key is verified in the process. That was the method I eventually used to purchase a legitimate copy of Office 2010.